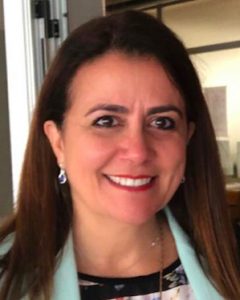 Pino Caballero-Gil is a Full Professor of Computer Science and Artificial Intelligence at the University of La Laguna (ULL) in Spain, where she leads the CryptULL research group on Cryptology (https://cryptull.webs.ull.es). Her major research interests are stream ciphers, strong identification, cryptographic protocols, and security in wireless networks and mobile applications. She received her M.Sc. degree in Mathematics in 1990 and her Ph.D. degree in Computer Science in 1995. She is a member of the ULL Governing Council, and has been Director of Secretariat and Dean of Faculty. She has authored 2 patents and over 300 publications in journals, books and conferences, 61 of them in ISI JCR journals. She has advised 7 doctoral theses and 55 end-term projects. She has participated in 56 competitive funded research projects, and has been the coordinator of 30 of them. She has participated in 5 European networks and 2 COST European actions. She is currently participating in the European Celtic-Plus EUREKA UNICRINF project led by Nokia, and is the main researcher of the national project ACTIS on Advances in Cybersecurity applied to Intelligent Transportation, with a team of 18 researchers from several universities, and companies such as Google and IBM Research. She has been evaluator of many European calls from H2020 and ERANET. She currently belongs to 4 international editorial boards of journals, and acts as regular referee of 31 ISI JCR journals. She has chaired 10 international conferences, one of which was the Financial Cryptography. Besides, she has served in the program committee of more than 120 conferences on security, such as such as ACNS, NSS, IWOCA, CISIS and IEEE TrustCom. She is a founding member and member of the Board of Directors of the National Network of Excellence in Cybersecurity Research, coordinator of the MATSI Thematic Network of Excellence on Mathematics in the Information Society and member of the SECURITAS Thematic Network of Excellence for Research in Cybersecurity and Privacy. She is the director of the University Master’s Degree in Cybersecurity and Data Intelligence, and of the Institutional Chair on Cybersecurity of the ULL. She has received several research awards, such as the “Canary Day Award for Young Researchers”, the “Business Project Award of the Fyde-CajaCanarias Foundation”, the “Prize in Recognition to Female Researchers of the ULL”, and the “Woman and Innovation Award 2019” in the 3rd Edition of the Mas Mujer Awards. She appears on Wikipedia https://es.wikipedia.org/wiki/Pino_Caballero_Gil). She is a member of the University Institutes for Regional Development and for Women’s Studies. She is a member of the Association of Women Researchers and Technologists (AMIT). She has been the organizer of all the annual Women Techmakers Tenerife events. In 2017 she gave a TEDx talk, which has more than 100,000 views. 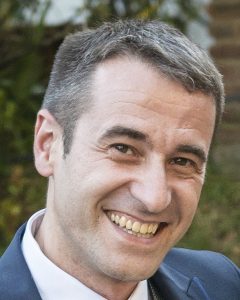 PhD in Industrial Engineering and expert in electronic systems. I also have an official master’s degree from the UNED. I have extensive experience in working with FPGAs. I apply this knowledge and other skills in the design of electronic systems for railway traffic control as a Systems Engineering Professional in the R&D department of Siemens Mobility España. I am a member of the IEEE since 2011, contributing, among other things, as coordinator of the Robotics Group of the student branch of the UNED of the IEEE and through workshops to disseminate technological knowledge. Throughout these years I have learned that the basis of a good working relationship is professionalism, respect and honesty. I value sincerity, commitment and initiative. I am always willing to participate in a project in which I can add value and which allows me to grow professionally and personally.